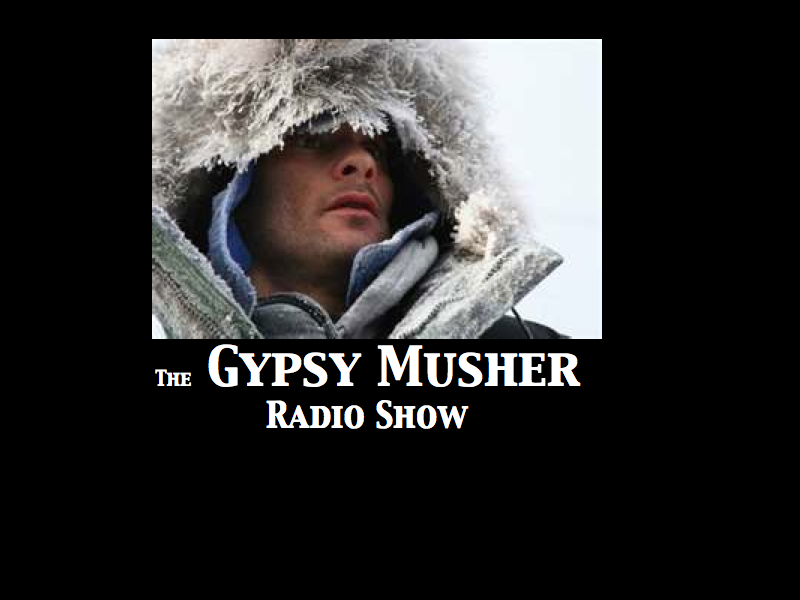 Michele and I headed out early for Anchorage to pick up Hugh Neff’s Iditarod team at the airport. He finished 17th this year and we are proud of him and his dogs for running a great race. But that is a story for another day….

On our way down to the city we talked about stopping for breakfast. Denny’s was our first choice. I know, blah!

Then Michele said, “we should stop there. They are always busy!”

It is the Lucky Wishbone. The little place has been serving up some of the best fried chicken in Alaska since 1955.

The restaurant is on the right as soon as you hit Anchorage on 5th and Karluk St. Its decor is plain and simple and looks like it should be profiled on The Food Network shows called Diners, Drive-ins and Dives.

Even after half a century George and Peg do things the same way–using chicken that is flown in from the Lower 48 and never frozen.

The chicken is to die for! It is made to order and pan fried style. As Michele said, “it’s just like grammy’s!”

Served simple in a basket with fries, a corn muffin and honey–in three sizes:

You can even order gizzards, livers and giblets if that’s your thing.

On a side note, it just so happened to be St. Patrick’s Day and the place was decked out in green and an old guy kept getting kissed. I guess it was his lucky day!

If you are visiting Alaska or just a local that’s wants to get away from the chain fast-food joints, you have to check out the Lucky Wishbone.

You’ll be glad you did!

The 2012 Iditarod is only about 18 hours old and some of the front runners, Hugh Neff, Lance Mackey, Paul Gebhardt, Aily Zirkle, and Ryan Redington are making very good time with most of them heading into Rainy Pass.

Right around this area is a part of the trail that is a much of legend as the race itself. It is the infamous Happy River Steps.

Just last month the Iditarod Trail Committee decided that they were going to take out this section of the trail in favor of using something a little “more safe”, shall we say. It had something to do with mining and maybe even politics but never-the-less, as the clock struck the proverbial midnight the steps are back.

The Steps have been known to make or break an Iditaroder’s dreams and chances on making it to Nome. Countless mushers have ended their race right  there, less than a day or two into the 1,049 mile race.

Here is the announcement from the Iditarod Trail Committee:

Iditarod Trail Sled Dog Race will be utilizing the Happy River Steps in this year’s race because the reroute has been affected by weather.

The Iditarod Trail Committee (ITC) announced this afternoon it will route mushers down the Happy River steps in this year’s race. In early February, the ITC made the decision to use a winter trail established last year that circumvented the steps and added a little over a mile to the distance between Finger Lake and Rainy Pass.

“While teams were still leaving 4th Avenue today, we heard from our trailbreakers that the winter trail was no longer the better option based upon the amount of snow and wind in that particular section of trail over the last day,” said Mark Nordman, Race Director.

As trail conditions are constantly affected by changes in weather, ITC, as noted at its early February board meeting, will consistently evaluate available options with the goal of providing the best possible trail.

Who are you rooting for in the 2012 Iditarod?

Ask just about any musher in the Iditarod how they track the race and they will say from checkpoint to checkpoint.

A couple weeks ago I met a 2010 Iditarod rookie and she pulled out a laminated card with a chart listing miles to and from each checkpoint. She said this is how she knew what she was up against. When things got rough she would know its only “X” number of miles to the next checkpoint where she could rest her dogs (and possibly herself), grab a meal, re-evaluate and move on down the trail.

Then you talk to veterans like 2012 Yukon Quest champion Hugh Neff, who is competing in his ninth Iditarod this year, and he will tell you that he knows the trail well enough now that he doesn’t worry about what checkpoint is coming up but who might be staying in one for their mandatory rests.

The following is a chart of distances between checkpoints on the Northern Route which is ran this year and on even years.

Note: As of 2012 the Northern Route distance is approximately 975 miles. In prior years the distance was always over 1,000 miles. Three things factor into this adjustment:

When you see all of the mushers line up for the ceremonial start on Fourth Avenue on Saturday to begin the Iditarod, you see just about everything. There are teams with big name corporate sponsors like banks and hardware stores. There are others that are driving up to Anchorage from far off lands in a dog trucks that looks like it should belong to their grandpa, held together with duct tape and all.

You see Scottish mushers with bag pipes and kilts. A Mushin’ Mortician and lots of kids on the tug sled to see mom or dad of on the journey (that actually begins the next day) of over a thousand miles.

Then you have Hugh Neff. Hugh is not like all the other guys. At least when it comes to the huge sponsors and kids in tow. It is him and his partner/girlfriend Tamra and that’s about it. Well, except for The Cat in the Hat, of course!

School kids and teachers alike from all over the nation love Hugh and what a better ambassador to promote education and this great sport.

While all the mushers come to the party on 4th Avenue intent on running a good race, Neff can back it up. He has run in 19 thousand mile races since he moved to Alaska in 1996 with a couple dogs and not much else. This is his eighth Iditarod and his team is composed of “Annie’s Army” which is his stedfast lead dog and a fan favorite. Several of her pups are in this years race.

In each Iditarod he has moved up in the ranks with his best finish in 9th last year.

In this year’s race he is giving the top dogs like Martin Buser, Sebastian Schnuelle, Hans Gatt, Jon Baker, and Lance Mackey a run for their money.

Neff claimed the prize for the first musher to reach the Yukon River.

For being the first musher to reach the Yukon, Neff wins a seven-course meal that will be prepared on camp stoves by chefs from the Millennium Alaskan Hotel, which sponsors the checkpoint prize. The $3,500 is considered the after-dinner mint to the meal, presented on a gold pan.

Who would want a meal like that after almost six days on the trail and little to no sleep? I  admit, I would, but I would want to find a quiet place quick to grab a short cat-nap, too.

With 507 miles to go to Nome it is still anyone’s race. Many of the teams are closing on Neff’s team and the trail is getting punchy and the teams will slow down. It is not nearly as fast as it was the first portion of the race and you will see teams beginning to compensate for the trail conditions.

But hey, this just might be Hugh’s year. It couldn’t happen to a better guy!

Listen to our Iditarod coverage daily on Mush! You Huskies. You can find us on iTunes (search Dog Works Radio) or click on Mushing Radio now.

Robert Forto is a musher training for his first Iditarod under the Team Ineka banner and the host of the popular radio shows, Mush! You Huskiesand Dog Works Radio Shows